Where do I want to spend a week covering Rutgers football?

That thought crossed my mind when the bowl-game schedule was released for 2018-19. Seriously, though, who doesn’t love a little football “news” to chew on in the middle of May?

Barring something catastrophic happening early in the schedule, Rutgers should be in the mix for six wins and a bowl game. In turn, I have produced a bowl-game wish list for Rutgers, and, as you’re about to see, I did it my way.

Three caveats. One, to avoid wasting anyone’s time, we’re going to be realistic. Rutgers is not winning the Big Ten, nor is it winning nine games. This ranking will not include bowl games the Scarlet Knights will obviously not be going to. You can guess which ones I mean.

Two, I do not celebrate Christmas, so being away from home on Dec. 24 and 25 means nothing to me. Although, there are factors to consider when being away for Christmas, which we’ll get to below.

Three, and this is important to remember, these rankings are based solely on my needs and wants for a week-long work trip, and nothing else. It will be me traveling and staying on the road for a week, not you. Don’t forget that.

5. Quick Lane Bowl, Detroit, Dec. 26: I grew up experiencing winter, I went to college in cold climates, and I hate it, so tell me why I want to spend time in a cold-weather city where snow and single-digit temperatures are possible? My hands are dry enough as it is during the winter months.

Rutgers went to the inaugural Quick Lane Bowl in 2014, and the other beat writers have not painted a bright picture of the experience. Between that, and the weather, sorry, but no.

We didn’t even mention one important factor. potential food/drink options, or lack thereof, on Christmas Eve and Christmas Day. Having a rental car should take care of this issue, but still, it’s something to consider.

4. Heart of Dallas Bowl, Dallas, Dec. 26: I’ve been to Dallas once, three-and-a-half years ago when the Monmouth University basketball team played at SMU. Nice enough city, the people were very friendly, give me all the barbecue if Rutgers ends up here. Plus, I can scratch the Cotton Bowl from the work bucket list.

Here’s what baffled me about Dallas. I’m comfortable taking all forms of mass transit, so I opted to do that during that Monmouth trip instead of renting a car. I can read a map, so I figured out which line on the DART (Dallas Area Rapid Transit) would get me from my hotel to Moody Coliseum on SMU’s campus.

Bought the ticket at the station, got there with no issue, but no one ever checked my ticket. There was no machine to insert it, no conductor a la New Jersey Transit, nothing. I was later told by three people that, for all intents and purposes, the DART runs on the honor system.

Got that? The mass transit system in a major American city apparently runs on the honor system. If Rutgers winds up here, I will not buy a DART ticket, take my chances I don’t get caught, and save my bosses money in the process. No problem. 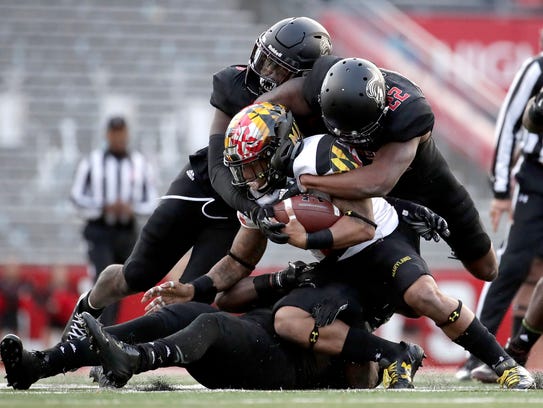 3. Armed Forces Bowl, Fort Worth, Texas, Dec. 22: If I’m covering a game at TCU, decent chance I’m staying in Dallas, so apply the stuff I said above about nice city, friendly people, and barbecue to the Armed Forces Bowl.

Here’s the real plus, though. Remember what I said above about not celebrating Christmas? You know the old stereotype about people of Jewish faith eating Chinese food and going to the movies (or the casino, wink-wink) on Christmas? Well, that is a real thing, so if you tell me I can cover a bowl game, and be home before Christmas Eve, count me in.

That is stupid, but it is neither here, nor there. If I must miss the Chinese food, movies and craps tables at Christmastime, it might as well be for New Year’s Eve in California. And not just California, but a really nice part of the Bay Area. Mild winters are the norm there, and although it will be the rainy season, give me that over snow.

Santa Clara is in the middle of Silicon Valley, near Cupertino, so I will be sure to have my resume handy, assuming I run in to Tim Cook at a Starbucks at some point.

1. Pinstripe Bowl, New York, Dec. 27: The x-factor in all of this, at least to me, is the possibility of what amounts to a virtual home game.

Any factor that makes any of the bowl games above even mildly attractive would be a distant second vs. the opportunity to cover a bowl game AND sleep in my own bed. No airports, no lengthy hotel stay,

Positive: There is no need to even drive to the game. New Jersey Transit to Penn Station, walk to Herald Square, northbound B-train, 16 stops to Yankee Stadium, and it lets you off at the doorstep.

Negative: A 5:15 p.m. kickoff may make for a cold night writing as Yankee Stadium has an open-air press box, but sportswriters have never been known to be complainers, so why start now?