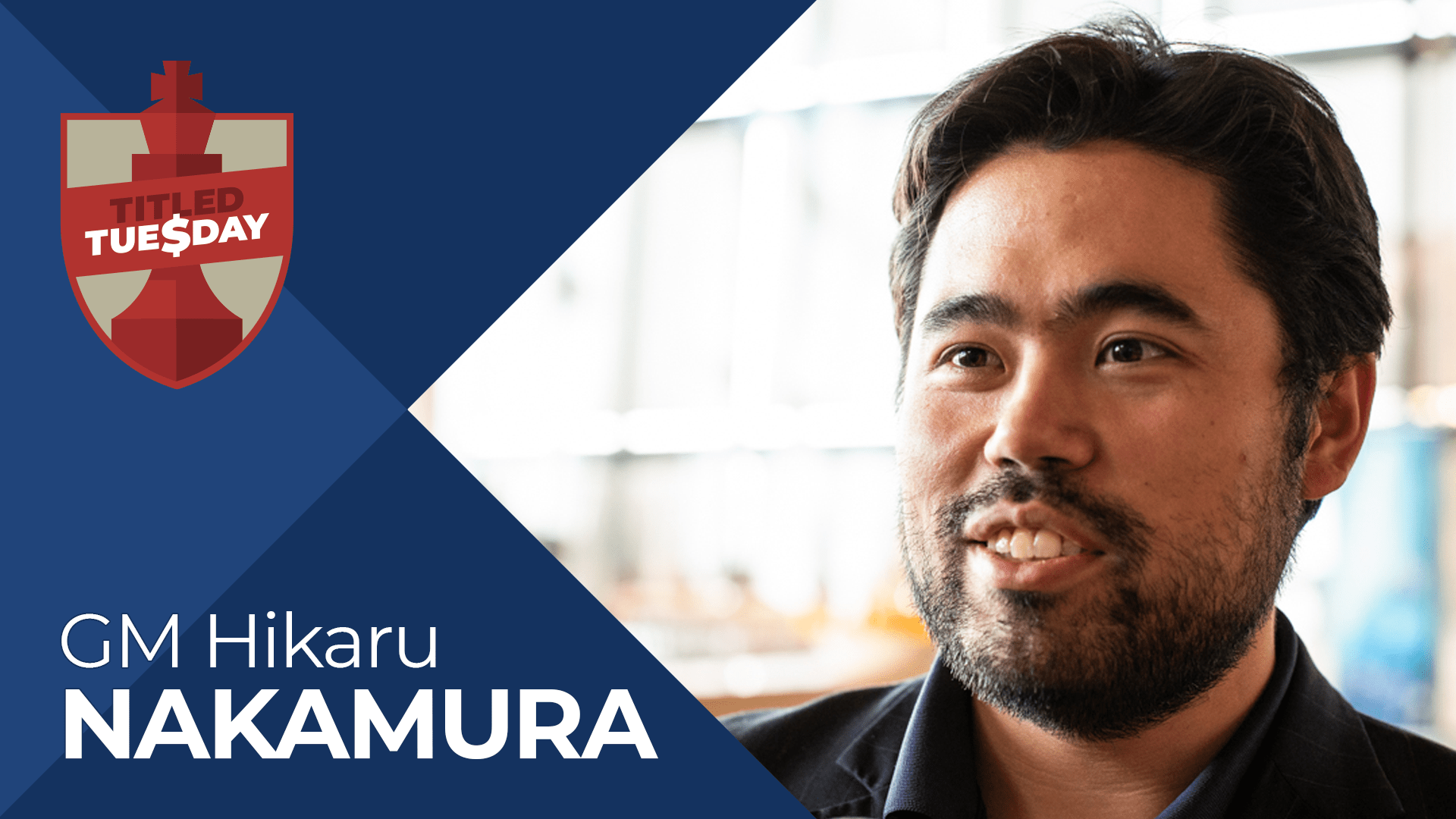 Straight after playing in the Lindores Abbey tournament, GM Hikaru Nakamura won his second Titled Tuesday in a row as he edged out GMs Vladimir Fedoseev and Vladislav Kovalev on tiebreak. For the first time, the Ukrainian legend GM Vasyl Ivanchuk played in the tournament.

Because the tournament started two hours later than normal, Nakamura was barely able to participate. Shortly after finishing his four rounds of rapid chess on the first day of the Lindores Abbey Rapid Challenge, Naka’s name was added to the participants’ list.

Not long after, another Lindores Abbey participant decided to join as well: GM Alireza Firouzja, who ended up scoring only half a point less than the trio of winners. And there was the first-ever participation of Ivanchuk (@viviania), who played a few very nice games, such as his win, using the Scotch Gambit, against IM Greg Shahade:

The switch from rapid to a 3+1 time control wasn’t a problem for Nakamura, who won his 11th Titled Tuesday. Of his games, his encounter with Russian GM Dmitry Bocharov (@BocharovD) stood out. The latter tried an interesting piece sac on f2, but the American player quickly chose a practical defense that guaranteed a long-lasting edge.

Nakamura, Fedoseev, and Kovalev all won $433.33 while a group of nine players shared the $100 fourth prize. Fedoseev also got the Chess.com streamers’ prize of $100 that was given as 20 gifted subs to his channel.