Chess.com To Partner With ChessParty For Live PRO Chess League Finals In Norway 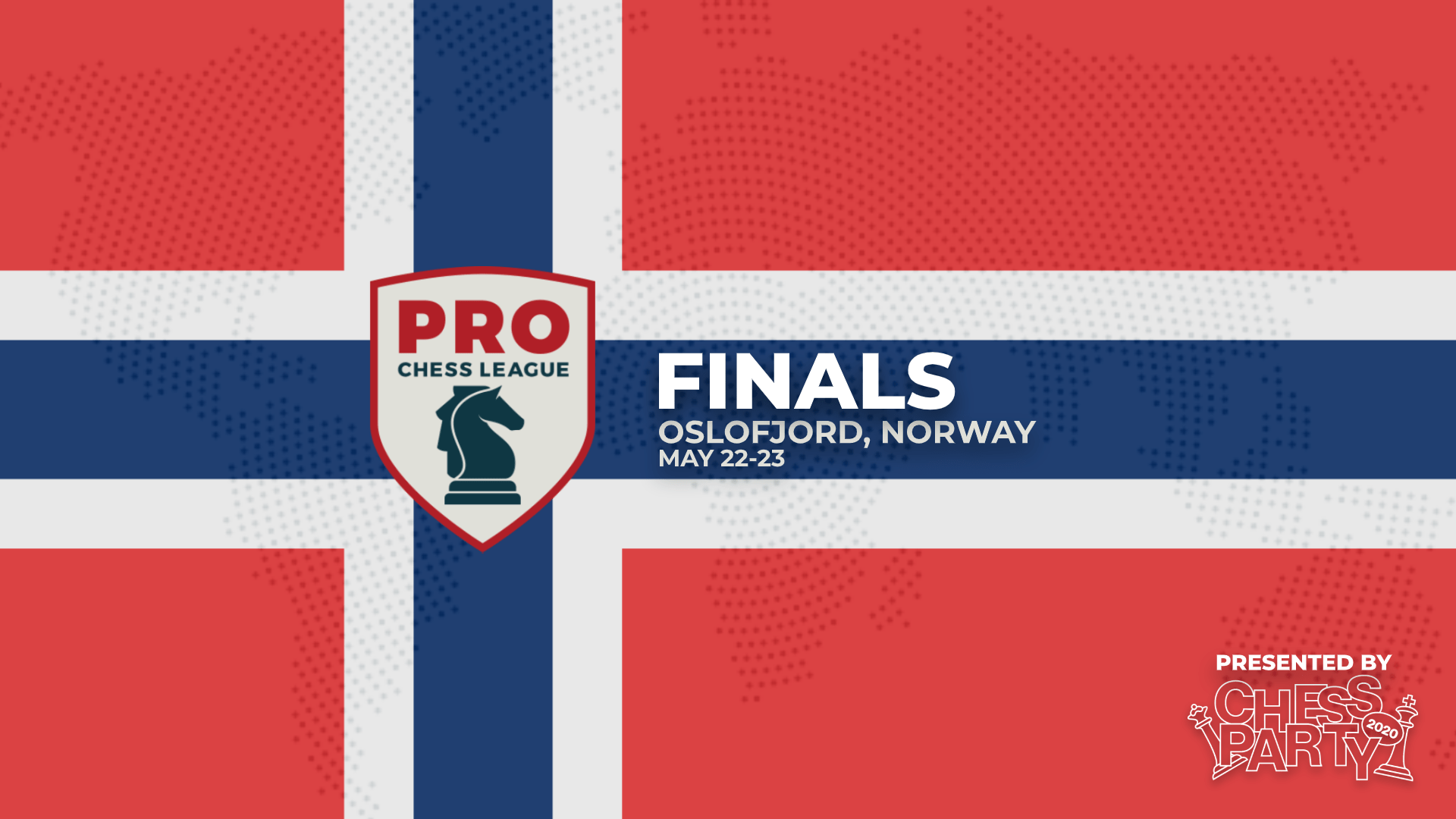 Palo Alto, Calif., February 12, 2020—Chess.com is teaming up with Chessparty 2020 to present the live PRO Chess League Finals in Oslo, Norway this May.

ChessParty 2020 will include the PRO Chess League finals but will first and foremost be a major social event. For three days the Oslofjord Convention Center will transform into a party for everyone, where activities like football, skating, swimming, boating, beach volleyball, table tennis, and barbecuing will provide the entire family with the finest experience Norway has to offer.

Tickets and accommodations begin at 40 Euros per day and 31 Euros per night, respectively. Tickets for children under the age of 18 begin at 20 Euros. Click here to purchase.

“For the first time in league history, Chess.com will be bring its premier online event to Europe,” said Danny Rensch, Chief Chess Officer at Chess.com. “We’re delighted to be teaming up with the Norwegian Chess Federation, the Oslofjord and most importantly our title sponsor ChessParty 2020 to make this dream a reality.”

Chessparty 2020 will bring several guests from the chess community including World Champion GM Magnus Carlsen. In addition, GM Fabiano Caruana, GM Wesley So, as well as top streamers like WFM Alexandra Botez, IM Anna Rudolf, and GM Eric Hansen will be in attendance for the finals. Attendees will have the opportunity to play in ongoing chess events for players of all skill levels, including an open Fischer Random tournament.

The event will take place on May 22-24 at the Oslofjord Convention Center in Sandefjord, a picturesque coastal town just an hours drive outside Oslo, which hosts many of the nation’s top sporting and cultural gatherings

Like last year’s event, the PRO Chess League live finals will feature the season’s semifinals, third-place match, and finals in front of a live audience.

“As huge fans of the PRO Chess League, we are super excited over having the honor to host this year’s finals. For our ambitions with Chessparty 2020, to have Chess.com’s PRO Chess League as a partner, is a dream come true,” said Harald Christian Sagevik, Marketing and Communications Director of the Norwegian Chess Federation.

“We will do our best to make this event as incredible as possible for both the contestants and the spectators,” Sagevik added. “We can’t wait to show the world the beautiful venue situated by the Oslofjord and with all the extra tournaments and activities we have to offer. In the program, you will find something for everyone, including a lot of non-chess activities. And, best of all, we have managed to do so at very affordable prices.”

Tickets for the event and accommodations can be purchased here with day pass tickets starting at 40 euros for adults and 20 Euros for children under the age of 18, while accommodations are priced starting at 31 Euros per person, per night.

About ChessParty 2020:
As a newly-launched joint venture by Kjentfolk AS and the Norwegian Chess Federation, ChessParty 2020 will leverage the Oslofjord Convention Center’s outstanding venue to launch the world’s first truly global chess party featuring the best players in the world and activities for players and fans of all ages and skill levels.

About Chess.com:
Chess.com is the world’s largest chess site, with a community of more than 33 million members from around the world playing millions of games every day. Launched in 2007, Chess.com is the leader in chess news, lessons, events, and live entertainment. Visit Chess.com to play, learn and connect with chess—the world’s most popular game.